The day when… the first ever microcomputer was launched in France 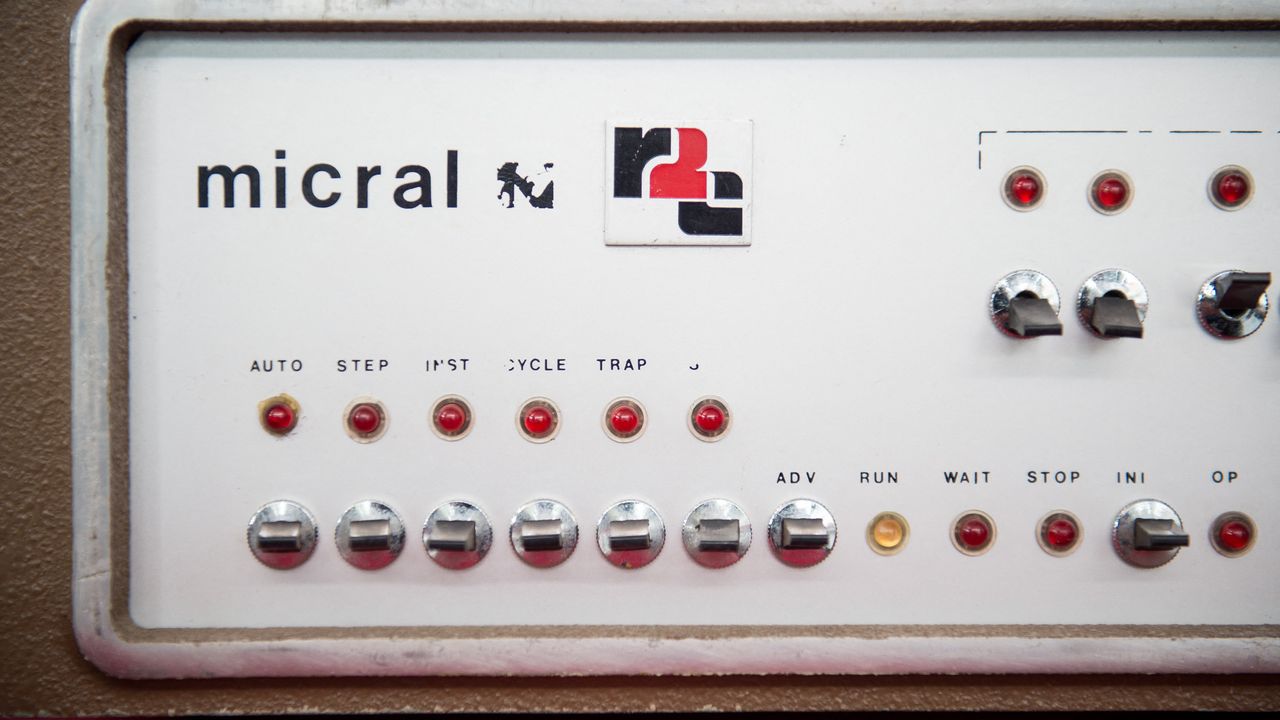 It was only fifty years ago, January 15, 1973. Long before the Apple II or Lisa, the predecessor of the Mac, the French company Réalisations d’études electronics (R2E), founded by engineers André Trouong and François Gernel, launches the Micral. N, the world’s first commercial computer. This PC ancestor did not have much in common with the ones we use on a daily basis today. Weighing 8.2 kg, the Micral N had neither a keyboard nor a screen, but a teletypewriter and a tape recorder. The machine had only 51 instructions and was powered by an 8-bit Intel 8008 processor running at 0.2 to 0.8 megahertz (MHz). In comparison, modern processors operate at frequencies between 1.5 and 4 gigahertz (GHz). It was no less revolutionary for its time.

Fast forward to 1972, when a small American company, Intel, launched the first microprocessor, the Intel 8008, on the market. This small piece of silicon alone can replace dozens of components. Anticipating the revolution to come, a handful of visionaries, including François Gernel, then 28, saw the opportunity to develop a smaller, less power-hungry computer for personal use. At that time, computing was still a nascent technology, and even the smallest of computers was comparable in size to two large refrigerators located one next to the other. In 1972, R2E, of which François Gernel works, was commissioned by the National Institute for Research in Digital Science and Technology (Inria) to develop smaller models.

The first prototype was presented in December 1972, and production began in the following months in the workshops of the Norman company Normerel. The first units purchased by highway toll companies were delivered on January 15, 1973. The Micral N then sold at a very low price for computers of the time: 8,500 francs, or just over 9,000 euros today. In June 1973, an American magazine bytes invents the word “microcomputer” to christen the device, of which more than 90,000 copies have been produced in different versions. However, despite these encouraging beginnings, the beautiful story ends here, and the company fails to translate its technological progress into industrial success.

In the following years, Micral N clearly failed commercially. In question, in particular, its complexity of use. “When I met Bill Gates in 1975, who became very interested in my little car, I did not yet understand that the world was driven by software”, – Andre Truong admitted to AFP in the late 1990s. For computer historians, Micral nevertheless gave ideas to the Americans. In 1975, the IBM 5100 moved beyond companies and into homes. Then, in 1977, the first microcomputer designed by Steve Jobs, the Apple II, was born, followed a decade later by the Lisa, the forerunner of the Mac, which first offered a graphical interface like the one we know today. with a mouse and icons… for the modest sum of $10,000.